The Welsh Liberal Democrats have chosen a former Councillor to fight the Neath constituency in the Assembly elections in May. 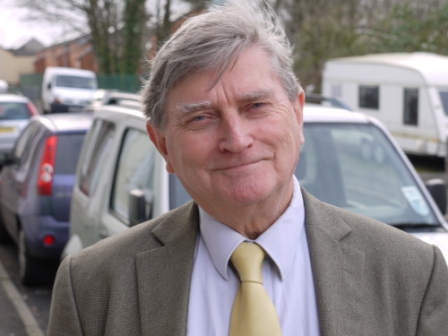 Frank Little served as Councillor for Cadoxton on both Neath Port Talbot County Borough and Blaenhonddan community councils between 2008 and 2012. He came to South Wales with the Driver and Vehicle Licensing project and has remained ever since, bringing up a family in the process. He left the civil service in 1980 to become a freelance IT consultant and is now semi-retired. Frank is a founder-member of the Welsh Liberal Democrats.

His interests include sport and chess, though no longer as a participant, walking and the environment. He is a member of both Glamorgan CCC and the Wildfowl & Wetlands Trust.

Commenting on his selection, Welsh Liberal Democrats Assembly Member, Peter Black said:  “Frank is an experienced politician with a long history of public service. He has already represented communities within the Neath constituency at a county council level and I believe that he will make an effective Assembly Member for the area he has lived and worked in for so long.”

Frank Little added: “I have long been concerned about the quality of public administration and I am convinced that the way forward for Wales is a "reserved powers" model for the national constitution, with Westminster ceding powers over policing, justice, prisons and transport to Wales. We can surely do a better job here. The recent announcement by the Ministry of Justice of the closure of local courts is yet another retrograde step taken by the London-centric Conservative administration.

“Health and housing are clearly major matters which the next Assembly will have to tackle urgently, but I am also concerned about improving public transport. Without investment in buses and trains many people will be stranded and unable to take up job and educational opportunities."