Like many other people I have been shocked recently by the number of six-figure redundancy packages in the public sector. That is why the Welsh Liberal Democrats are arguing that these pay-outs should be capped at £90,000 for people working in the NHS and for council staff. 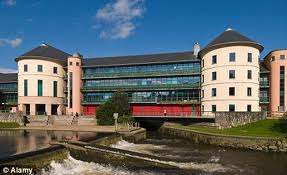 Our proposals follows a string of controversial taxpayer-funded golden goodbyes.

Only a few weeks ago it was reported that the Carmarthenshire County Council chief executive Mark James could be in line for a severance deal worth £446,000.

This followed the announcement last year by Pembrokeshire Council that it paid its former chief executive Bryn Parry-Jones an estimated £330,000. This was reduced to £280,000 after the Wales Audit Office intervened.

Last year, Mary Burrows, the then chief executive of Betsi Cadwaladr was reported to have left with a deal worth £470,000

My proposal is that if the Welsh Liberal Democrats are in a position to do so then after the next Assembly elections we will legislate to stop the six-figure golden goodbyes that have cost hard-pressed taxpayers hundreds of millions of pounds.

At a time when nurses, teachers and police have all either had their salaries frozen or they have seen a minimal pay-rise, it is simply not acceptable that some people working in the public sector are on the receiving end of six-figure redundancy payments.

We all know how tough the economic climate is at the moment; therefore what is particularly galling is that this is money that is being taken away from front line services.