Peter Black is the latest signing to Prostate Cancer UK’s campaign, Men United v Prostate Cancer, a unique team which seeks to unite people across the UK against the common enemy of prostate cancer. 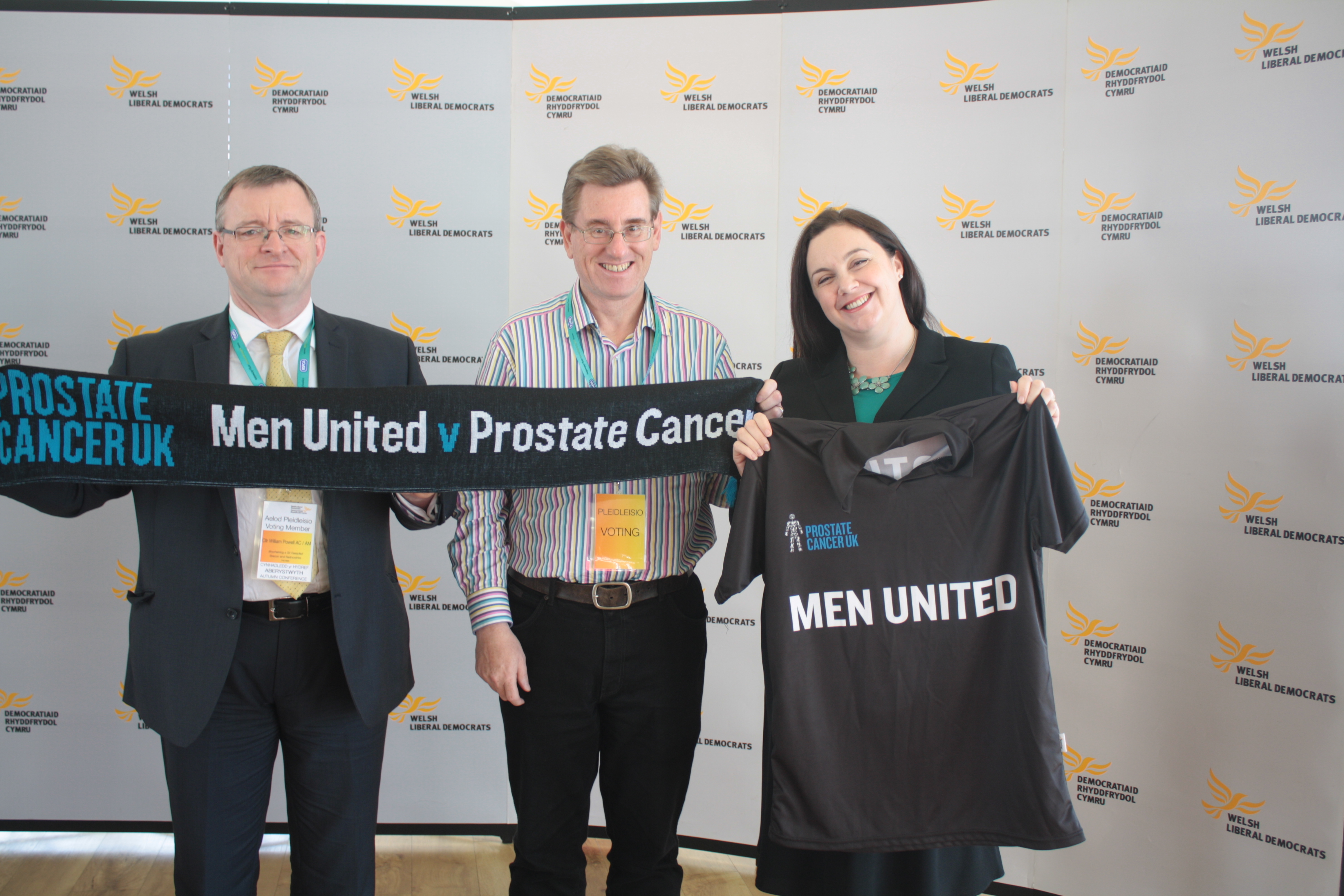 Research for Prostate Cancer UK shows that nearly 650,000 people in Wales know someone who has been diagnosed with prostate cancer but nearly six in ten (56%) people in Wales say they don’t feel personally informed about the disease.

Each year almost as many men are diagnosed with prostate cancer as women are diagnosed with breast cancer but research in to the disease has historically been badly underfunded, leaving tests and treatments trailing behind other common cancers. In addition the quality and availability of treatment can vary across the UK. Men United v Prostate Cancer, the brainchild of Britain’s foremost male health charity – Prostate Cancer UK - is about fighting this apathy and neglect which surrounds the disease. Peter Black will be joining tens of thousands who have already signed up including comedian Bill Bailey, Welsh Olympic legend Colin Jackson and national treasure Sir Michael Parkinson.

Peter said: “Prostate cancer is the most common cancer in men in the UK, affecting many in my region covering Swansea, Neath Port Talbot and Bridgend alone. If we are going to beat this killer we need as many people as possible to sign for Men United. By uniting together and taking action for men’s health, we can bring about real change. I’m proud to able to show my support to the campaign and I urge everyone to get on board. It’s easy - just search Men United online and you’re in! Prostate cancer is a massive opponent but I firmly believe that with the right team we can beat it!”

Samantha Fairclough, Services Manager for Wales at Prostate Cancer UK said: “Survival rates for men with prostate cancer lag behind those in the rest of the UK and too often the services men need are out of reach. We know from the Welsh Government’s Cancer Patient Experience Survey that things are getting better for men in Wales but we still lag behind other parts of the UK. That is why Prostate Cancer UK is here to support men in Wales and we call on the people who can make change to join us in leading change. It is great to have Peter on board.”