Local councils are in danger of providing a second class service for their tenants due to the slow progress in bringing council homes up to scratch, according to the Welsh Liberal Democrats Housing Spokesperson, Peter Black. 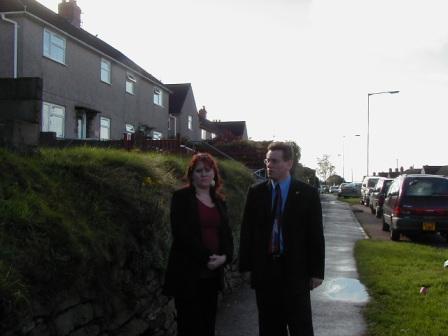 Mr. Black was speaking in response to the publication of the latest statistical release on the Welsh Housing Quality Standard (WHQS) as at 31 March 2014 which shows that the number of public sector homes that have been deemed to be of a good standard has increased from 60% to 67%.  However, only 44% of local council homes have met the standard compared to 84% of those homes managed by housing associations and other registered social landlords.

"There are still eleven Welsh Councils who have retained their housing stock," said Mr. Black. "That is their choice and the choice of their tenants, but it does not excuse them from ensuring that these homes meet the highest standards. Having failed to meet their 2010 target of getting all public sector homes up to scratch the Welsh Government has now set a new target of 2020. However, even though there is still some time to go, I would expect councils to be making faster progress in improving their housing stock.

"The danger is that council tenants will get a second class service as their local authority landlords fall behind on their commitments. The minister needs to ensure that there are robust business plans in place for those councils who have retained their housing stock so that tenants can be assured that they will not be left behind."