The Welsh Liberal Democrat Assembly Member for South Wales West, Peter Black visited Hydratech Limited in Fforestfach, this week to promote an apprenticeship scheme made possible by Welsh Liberal Democrat budget negotiations that led to the Welsh Labour Government committing an extra £10 million to it over the next two years. He was joined on the visit by Jeff Protheroe, the Operations Manager for National Training Federation for Wales 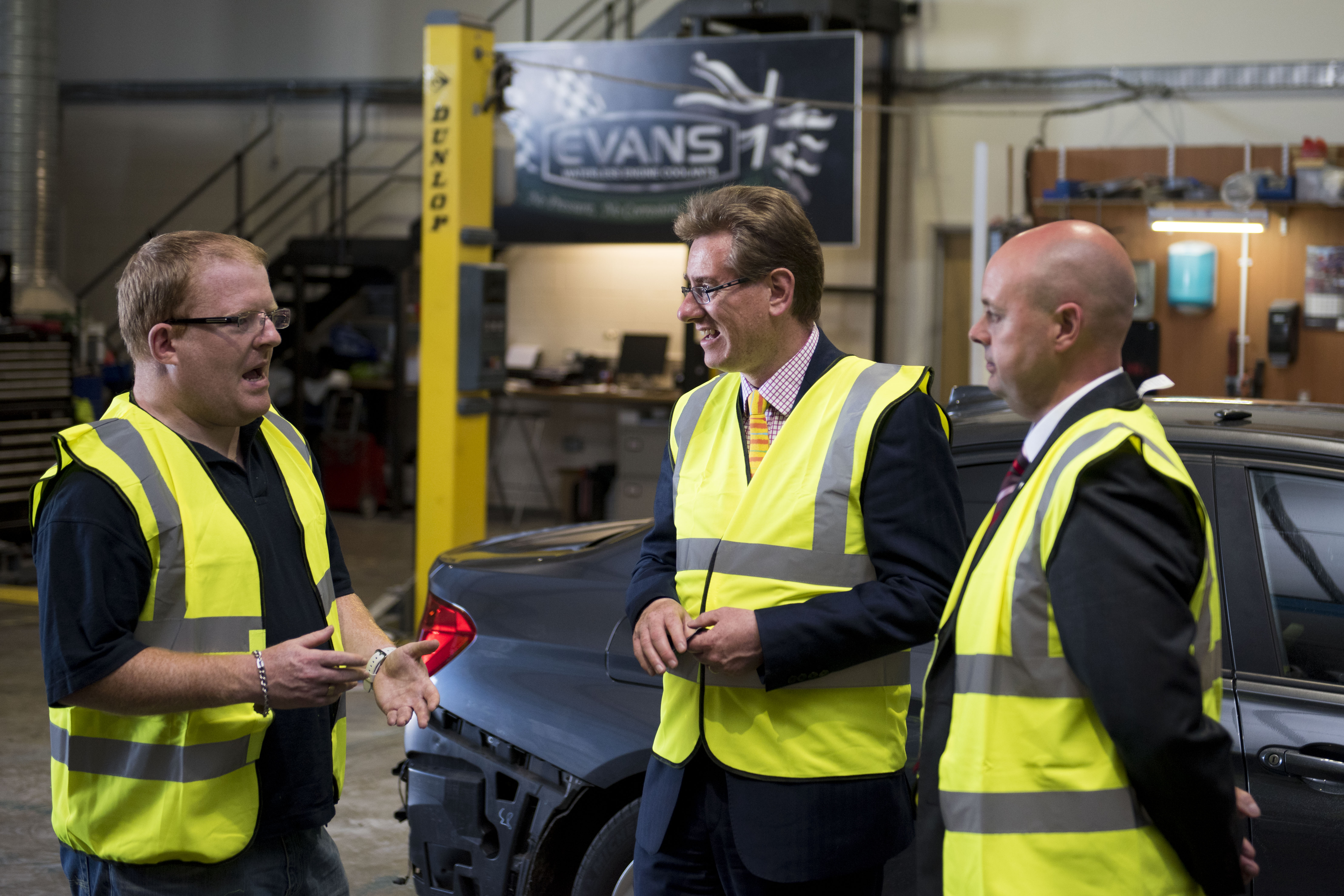 Commenting after his visit to the manufacturer of specialist heat transfer fluids, where he spoke to staff and former trainees, discussed training and apprenticeships with management and looked around the operation, Mr. Black said:

“Hydratech is a significant and growing success story. The company has huge technical expertise, a highly-skilled and committed workforce, and partnerships with more than 600 companies so far.

“Their commitment to apprenticeships led them to employ 15 Jobs Growth Wales employees in the past. In addition they have brought four other staff on to do Management and Customer Service Apprenticeships in order to further their own future development and progression within the business.

“There can be no doubt of the value of apprenticeships to the Welsh economy, to Welsh companies, and to the individual apprentice her/himself.

“That is why the Welsh Liberal Democrats opposed Labour’s plan to cut the apprenticeship budget by £20m resulting in 10000 fewer apprentices, and instead negotiated a £10m increase.”

“As the organisation that represents over 100 organisations involved in the delivery of learning in the workplace the National Training Federation for Wales (NTfW) was pleased to organise this visit for Peter Black AM in order to highlight the impact of the extra investment in apprenticeships.

We know that vocational qualifications and programmes such as Apprenticeships contribute towards creating a more engaged and productive workforce in addition to increasing the earning potential of apprentices. We are pleased to see widespread support for Apprenticeships and work based learning."