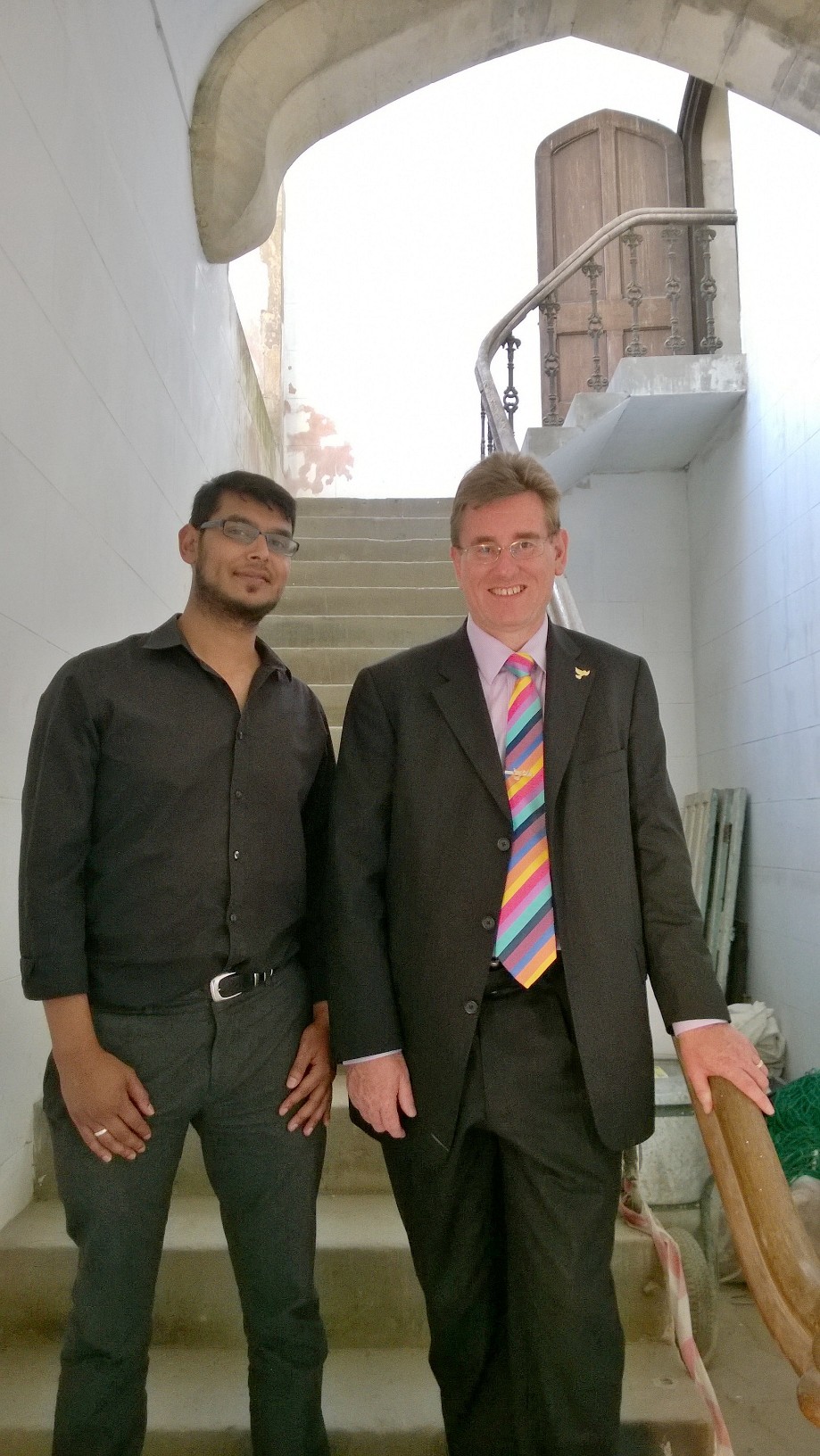 The Welsh Liberal Democrats Assembly Member for South Wales West, Peter Black has offered his support to the Muslim community in Swansea, who are seeking to renovate the former St. Andrews Presbyterian (later United Reform) Church in St. Helen’s Road and turn it into a new, bigger Mosque and community centre.

Mr. Black was given a guided tour of the development today by Farid Ali, the General Secretary of Swansea Mosque.  The community has raised over £1.2 million from local donations to carry out the work and is now seeking grant funding from various bodies to complete the renovation so that they can take occupation of the building in a year’s time.

Commenting on the visit, Mr. Black said: “I am delighted to have this opportunity to express my full support for this excellent project. Swansea Mosque and Islamic Community Centre have always been at the forefront of providing for the growing Muslim community in the Swansea area; as well as playing a pivotal role in working with others throughout the city to promote community cohesion, and combat discrimination.

“The Swansea New Mosque and attendant facilities will enable that work to be strengthened, and new projects initiated.  I am particularly impressed by the fact that the local Muslim community has provided the necessary finance to get the project to 80% completion."