The Welsh Liberal Democrat Assembly member for South Wales West Peter Black has praised the new Swansea University campus on Fabian Way as an important asset for the Swansea Bay region that has the potential to bring many jobs and prosperity to the area. 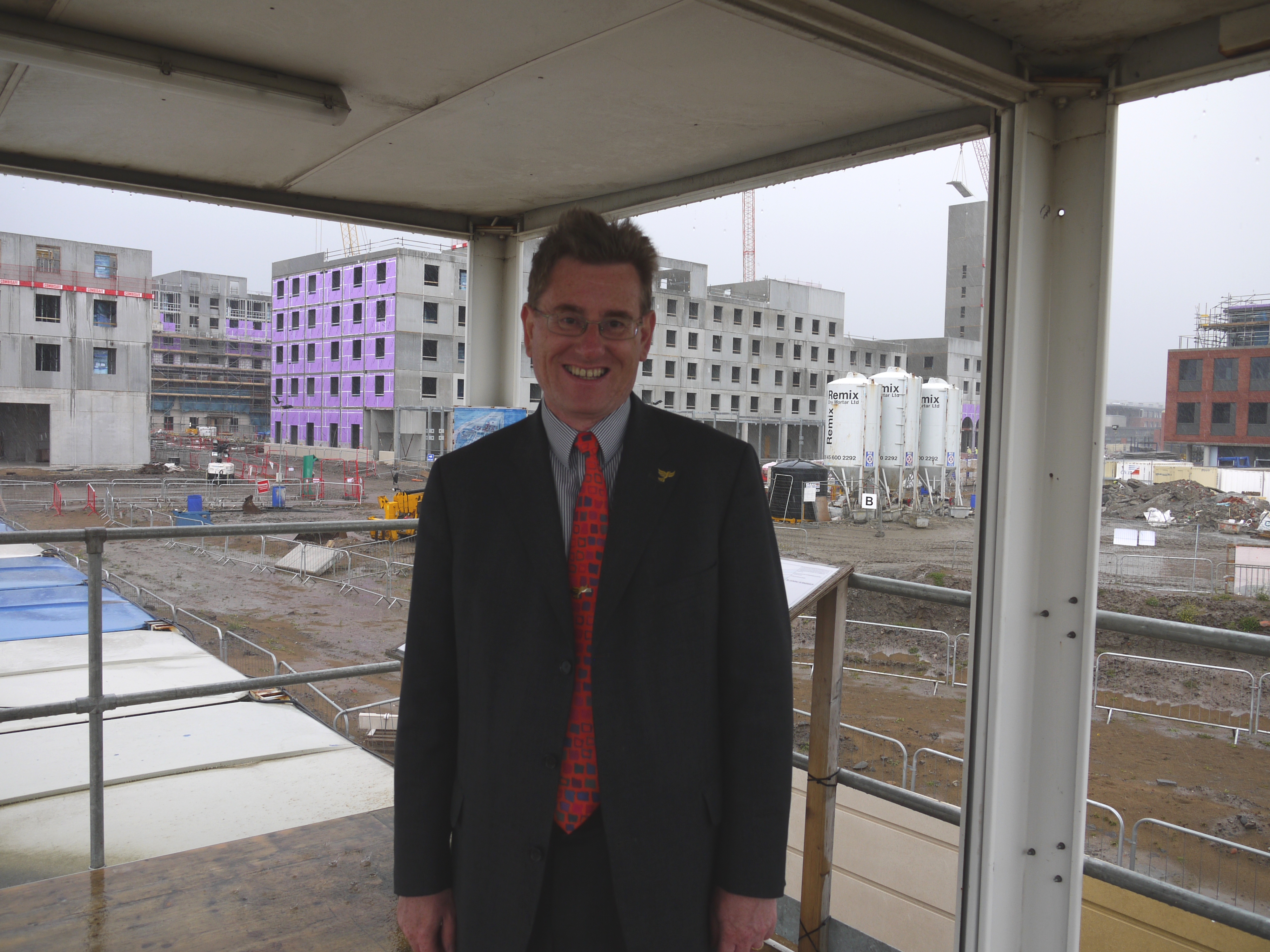 Mr. Black was speaking after being shown around the development by representatives of St. Modwen and the University.

“This new campus is a substantial development that will put Swansea on the map, particularly in the fields of engineering and material science,” said Mr. Black.  “I was especially impressed by iconic buildings such as the Great Hall, which promises to add to the cultural life of the City and by the level of external private sector investment already secured for the site.

“I understand that there has already been a lot of interest from students in studying at the new campus, and there is a lot of potential to attract additional research funding and related jobs. I look forward to it being opened in September 2015.”