The Welsh Liberal Democrats Assembly Member for South West Wales, Peter Black, is lending his support to a national NSPCC campaign to make it a crime for an adult to send a sexual message to a child. 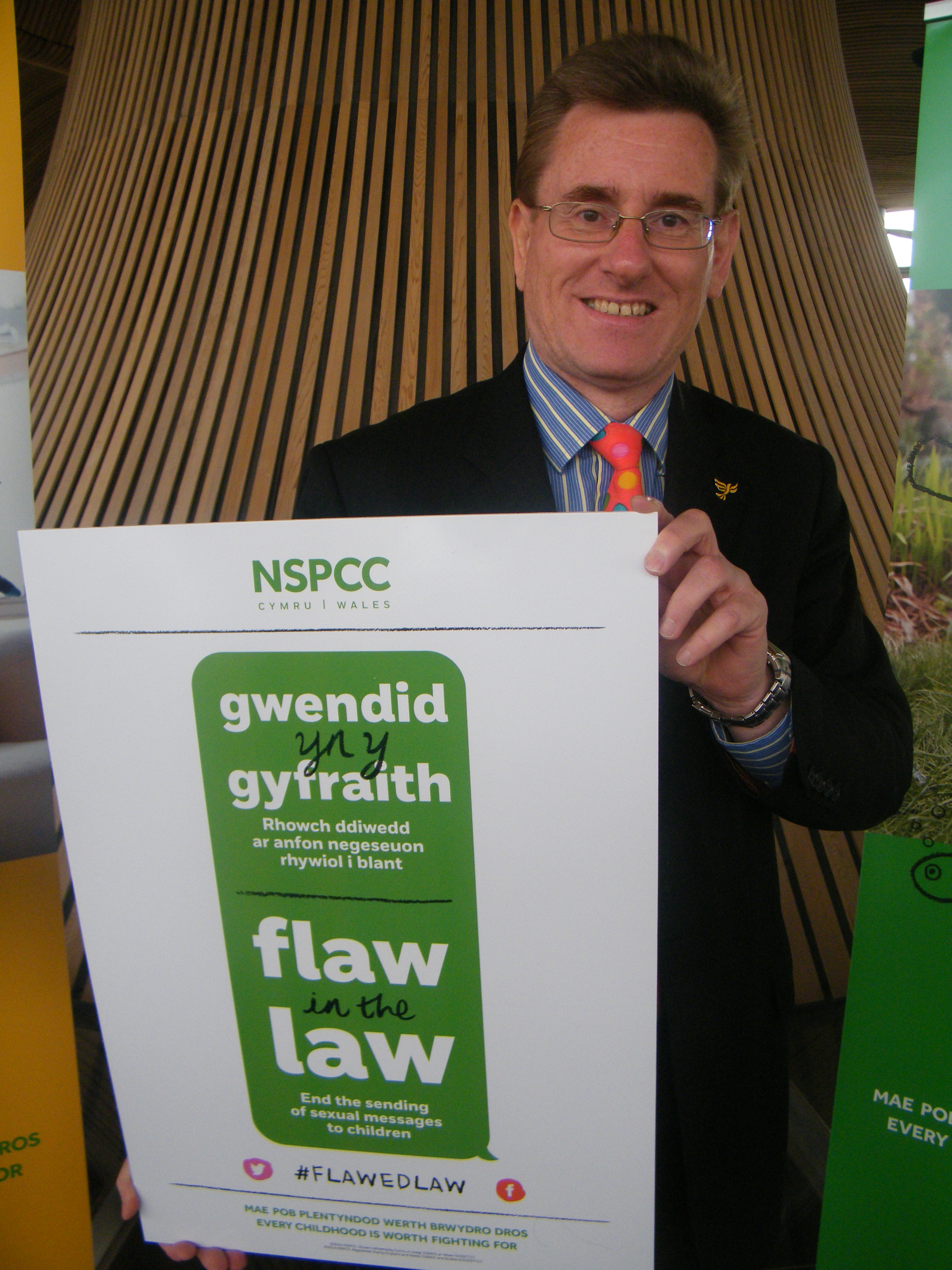 Mr. Black is backing the charity’s Flaw in the Law campaign, which is calling on the Government to introduce a new offence so that it is always illegal for an adult to intentionally send a sexual message to a child.  The campaign is seeking an amendment to the Serious Crime Bill, which is soon due to receive its Second Reading in the Commons.

The law in this area hasn’t kept up with the way that abusers are using the internet to facilitate the abuse of children and the NSPCC is concerned that there is inadequate protection for children from online abuse.  Existing laws are fragmented and sex offenders are able to, and often do, exploit the loopholes.

Sex abusers can often get away with effectively ‘fishing’ for child victims on social networks, mobile apps, chat rooms, and in online gaming environments.   The law only covers situations where it can be proved that the adult intends to meet a child. However, increasingly abusers online have no intention to meet a child and abuse them physically, meaning this legislation doesn't cover online grooming.

The NSPCC believes the new law would make it easier for police to step in earlier in the grooming process, before abuse escalates.

The NSPCC’s campaign comes as ChildLine, a service run by the NSPCC, saw a 168% increase in the number of children counselled about online sexual abuse last year.

Mr. Black said: “Given the alarming rise in online child abuse, it is very concerning that the current law is unable to adequately protect children. I urge our colleagues in Westminster to listen to the NSPCC’s concerns and to create a new offence through the Serious Crime Bill so that it is always illegal for an adult to send a sexual message to a child. This is clearly an issue that threatens the safety of all children – including those in Wales”.

NSPCC national head of service for Wales, Des Mannion, said: “It’s great to see the cross party support of Assembly Members for the Flaw in the Law campaign because, although it’s a law that will need to be passed by Westminster, the protection of children is clearly an issue which crosses political boundaries.  We want legislation to keep up with technology and offender behaviour in order to properly protect children. We shouldn't have to wait for an offender to meet a child before the law steps in.  Without clarity in the law, vital opportunities to stop abusers grooming young people online are being missed and in many cases the police and powerless to act.”

“The Serious Crime Bill now being debated in Parliament provides a timely opportunity to introduce a new offence to better protect children online and we hope AMs, MPs and the public will back the campaign calling on the UK Government to do this.”

People can find out more about the NSPCC campaign and sign the petition at [a1] www.nspcc.org.uk/flaw and join the debate on social media by following #FlawedLaw.

Anyone looking for advice about keeping children safe online, or concerned about the safety and welfare of a child, can contact the NSPCC’s 24-hour helpline on 0808 800 5000 or email help@nspcc.org.uk

Children worried about online safety or any other problem can call the free, 24-hour helpline on 0800 1111 or get help online at www.childline.org.uk

ight need to take this out depending on when the Release is going out and when the petition is going to shut.