The Welsh Liberal Democrats Assembly Member for South Wales West, Peter Black has written to Swansea Council to ask them to remove fly-tipped rubbish in and around Fendrod Lake on Swansea Enterprise Park. 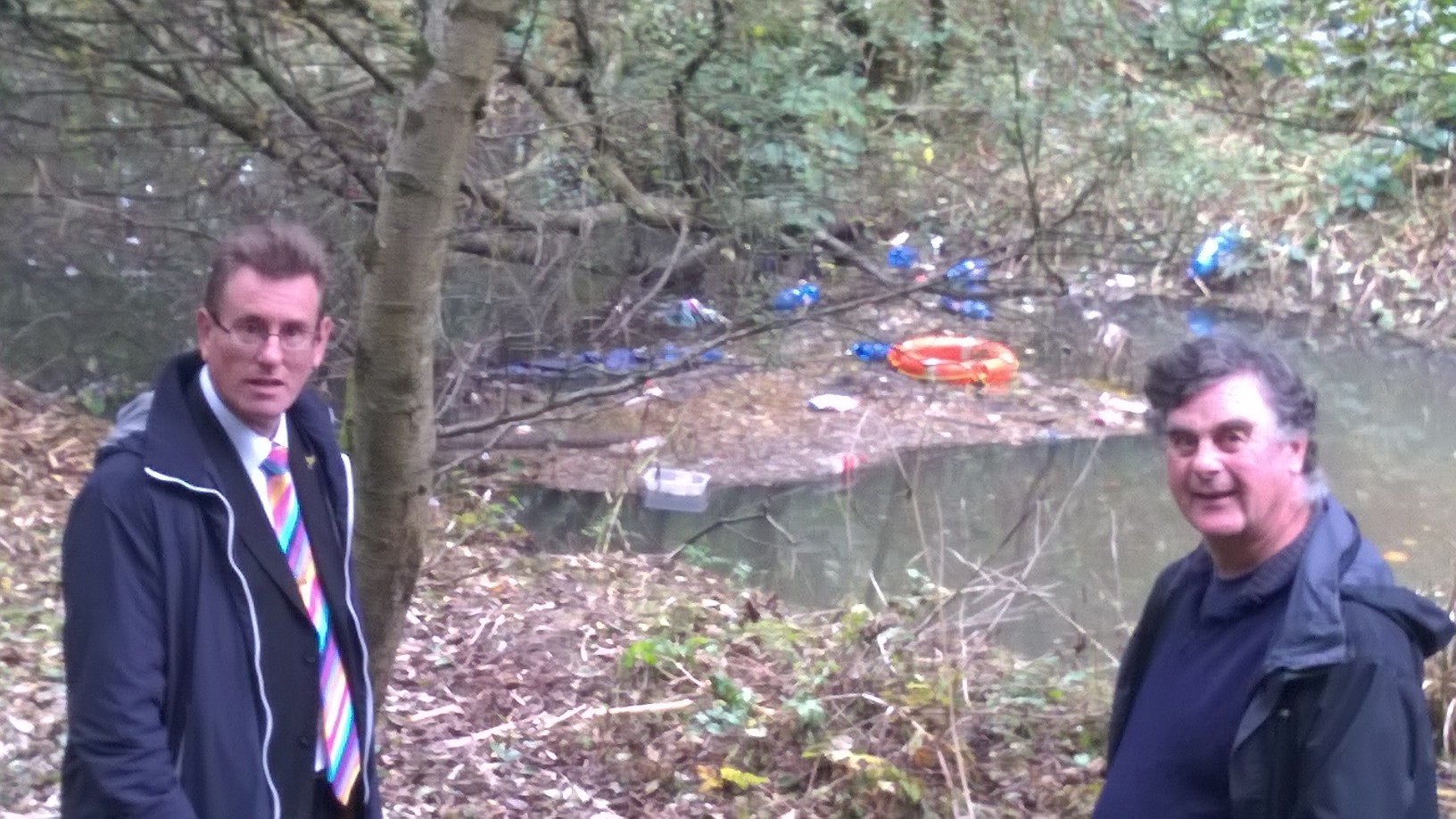 Mr. Black has been alerted to the fly-tipping by local dog walkers, who have also reported it but without any action being taken. Much of the material is deposited in the water and could seriously harm any animal who swallowed some of the plastic items there.

"Fendrod Lake is surrounded by signs warning dog walkers to keep their animal on a lead and stressing the sensitive nature of the area as a wildlife habitat, and yet there appears to be no systematic clearance of material that is fly-tipped there," said Mr. Black.

"When I was there today there was an old bicycle dumped in the bushes near the car park, whilst the stream feeding the lake was full of plastic containers and other debris. This has obviously been there for some time. This is not just unsightly but some of the small pieces of plastic could actually choke an animal if it were to swallow them.

"I have written before to the council about litter and fly-tipping around Fendrod Lake and to be fair they cleared it up soon afterwards, but there needs to be more vigilance on their part and a systematic programme of monitoring and cleaning to prevent this situation getting out of hand."