The Welsh Liberal Democrat Assembly Member for South Wales West, Peter Black has given his support to the Royal mail's dog awareness week to raise understanding of the issue of dog attacks on postmen and women in Wales. 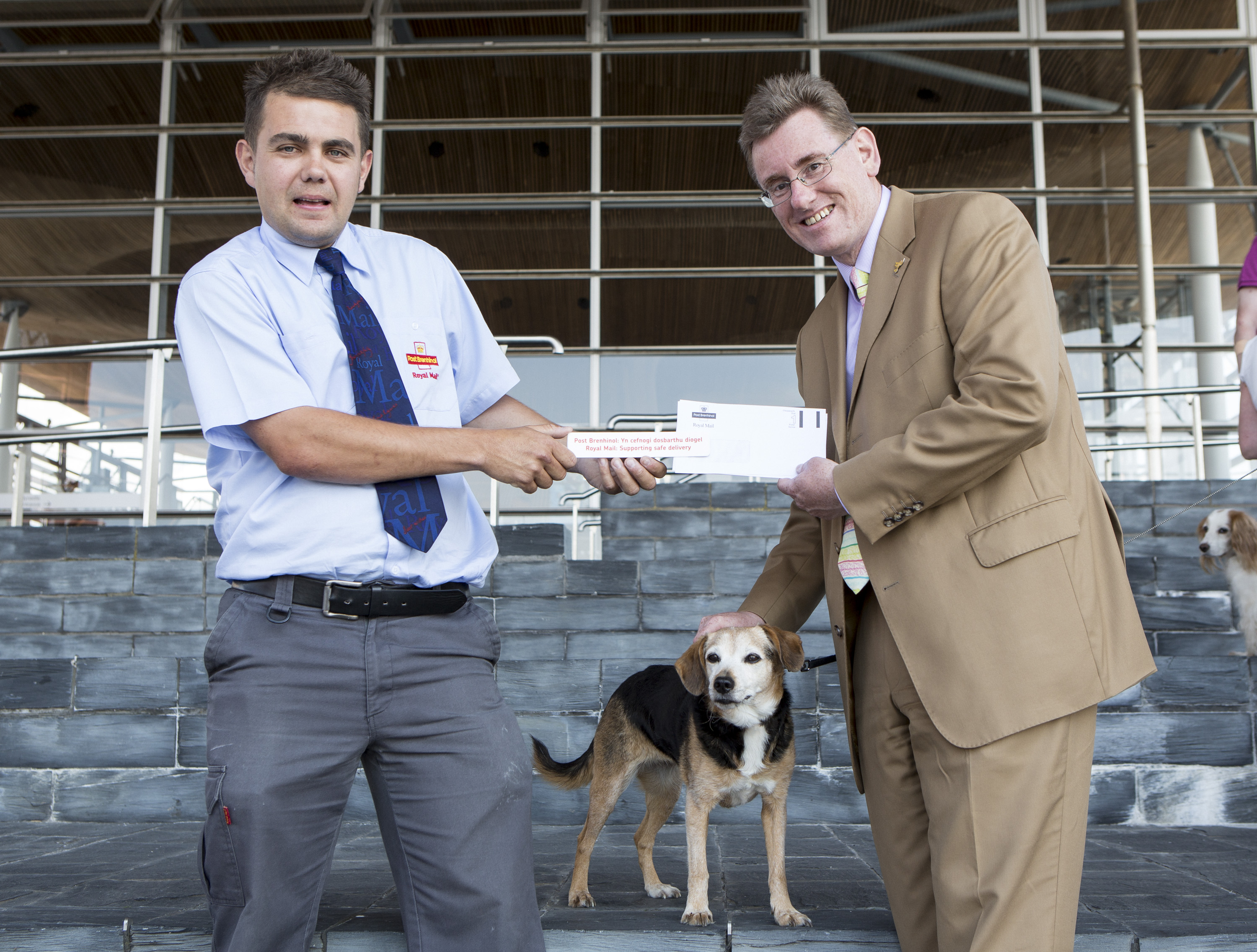 In the SA postcode area, around 29 postmen and women were subjected to attacks by dogs from April 2013 to April 2014, a 4 per cent increase on the previous year. In Wales as a whole over all seven postcodes, the number of attacks during the same period was 205.

Mr. Black, who is pictured with Milford Haven postman Ben Wilcox (left) handing over a posting peg (for putting letters through letter and Mitzi, the dog, believes that owners need to be aware that even the most placid dog can attack a stranger delivering to their home and should take appropriate precautions to prevent such attacks.

"As somebody who also delivers leaflets to people's homes I very much sympathise with the plight of postmen and women in this regard," said Mr. Black. "I support Royal Mail in encouraging responsible dog ownership and in appealing to dog owners to keep animals under control when the postman calls.

"New legislation means owners can now be prosecuted for dog attacks that take place on private property. On average around nine postmen and women a day are attacked by dogs across the UK with over 3,300 attacks taking place from April 2013 to April 2014, an 8 per cent increase on the previous year. This campaign can help to reverse that trend."